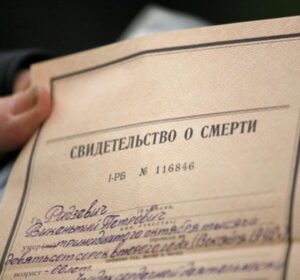 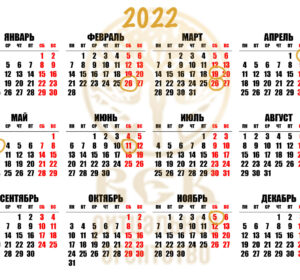 Funeral rites of the peoples of the world: traditions

The burial rite has specific features in each religion. They can be perceived differently by people around the world. Everyone knows that sooner or later death overtakes every person. When a loved one dies – this is the worst tragedy. There can only be memories that will not erase time. Need to know every person what funeral rites of the world.

What are funeral rites

The inevitable end of life was accompanied by various rituals. Ceremonies occupy a special place in the family. All Nations have certain traditions when they say goodbye to the dead.

The body was given to one of the elements:

Today it is possible to meet the combined rituals which will have at once two ceremonies. The deceased was buried in the natural state or bent legs and arms. Traditions in the modern world prefer earth burial.

In many cultures, death means that the soul has passed from one world to another. In order not to interfere with the deceased, it will be necessary to adhere to the necessary ritual actions. Some people are not allowed to cry, and upset at the funeral. Others on the contrary need to show their personal loss of a loved one.

In the village there was a custom of preparation for death. Old people prepared special things for themselves and also talked about desires. They told me where they wanted to be buried. In order for the body of the deceased lasted longer, something under the table put a basin with cold water and dissolved therein manganese. Near the ears of the deceased put raw eggs, which were thrown into a pit for burial.

Ancient funeral rites said that the soap after washing the deceased will have a therapeutic and magical effect. It was kept and used in the future to treat diseases in humans and animals. If a person had any diseases of the hands, it was necessary to wash them with soap and say a prayer.

Was taken at night to spend the night on the dead – go to hauturu. The procedure was attended by elderly women, as they knew the necessary prayers. About six in the morning the deceased opened his face and began to wash it with water, which was sacred. Women waited for relatives and went outside, saying the necessary words.

the Funeral rites of the ancient Slavs– this is a complex topic. To the fire the deceased was brought on the sleds or in the boat, the boat. In order to carry out the ritual of burning people laid out a fire, which was called Steal. It was rectangular in shape, and its height was on the shoulders of a man. Only birch or oak firewood was used. 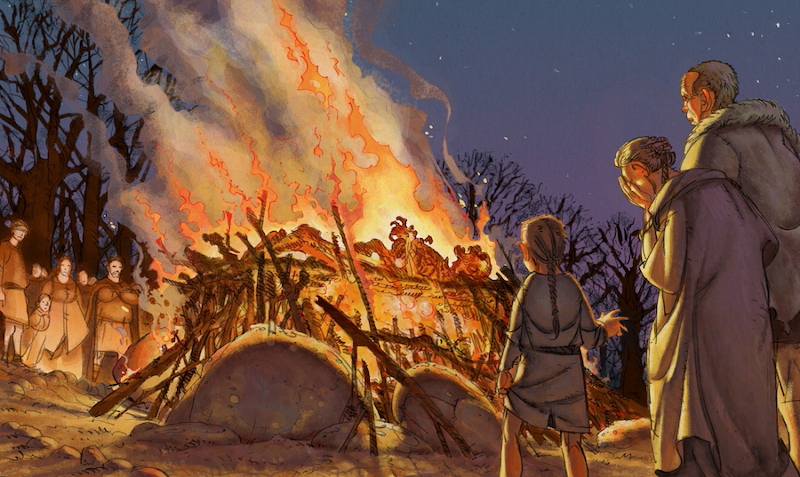 Steal the deceased should set fire to the priest or Magus, when was the sunset. Cremation is done at sunset, because it is very symbolic. According to the beliefs of the ancient Slavs, the sun’s rays at night go to the underworld and take the soul of the deceased. It is believed that at sunset the soul can see the light when the sun goes down and understand where to go.

Funeral rites in traditional peasant culture were held differently. In the most ancient times, the dead were placed in the grave in the fetal position. Thus, people thought that they would help the soul to find a new life, as in the womb of the child is in this position. Then the dead were buried at full length, and they were lying. This was done in order to create the impression that a person is resting, and the soul walks by itself.

When a Christian is still alive, he will need to confess. This will enable his soul to properly pass all the tests in the afterlife. Orthodox funeral rite has a number of steps with the use of special ritual elements.

There are the following steps:

After the burial of the deceased will need to remember at the memorial dinner. There must come all the people who knew the deceased when he was alive. At dinner, you will need to talk about the deceased only good, as well as pray. Previously, the burial was carried out without music, and now hire a band. It is necessary to know that the Orthodox Church does not celebrate those people who were not baptized or committed suicide. The funeral service is not done at Easter and Christmas. It should be remembered that memorial funeral rites are held by Orthodox people.

the Funeral rite in Islam is a complex process that is controlled by clerics. The duty of each person is to go through the full ritual procedure. The rituals done before death. A person who dies is given a drink of Holy water or pomegranate juice.

To give to drink liquids shall give each of the deceased. Next to him is always the person who is closest. The deceased will need to be washed three times, and he needs to clean the intestines. For ablution it is necessary to invite four people or more. Men wash the dead male, and women – female. 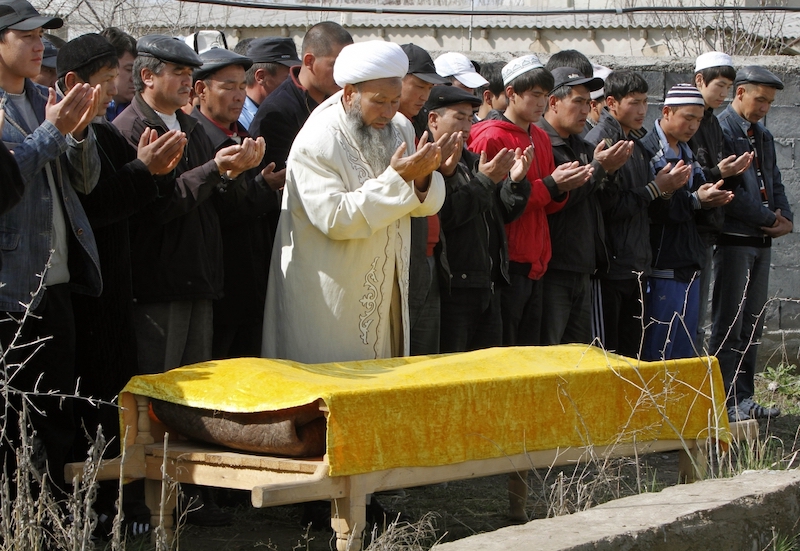 Certain laws say that it is impossible to use a coffin for burial. In order to move the deceased to the place of burial, take a special stretcher, called tobut. They should put the person and cover with the lid. Then the Imam will solve the issues related to the debt obligations of the deceased. After this, you will need to say certain prayers.

If the Imam does not say the prayer words, the burial will not be valid. When is the burial, the deceased is lowered down the legs. It is recommended to grieve quietly, because Islam teaches to endure.

Buddhists treat death as another rebirth. They believe that the soul goes into a new life. Loved ones don’t have to cry and to Express grief. If the funeral is not held, the relatives of the deceased will receive various troubles. After the death of the deceased is placed in a grave that was prepared. The legs should be in the East and the head in the West. 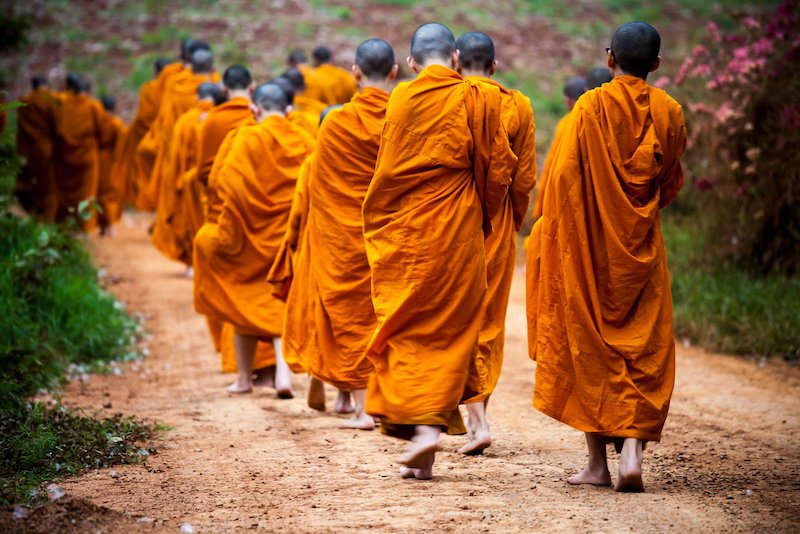 Above it, along with prayers need to pour a small mound. In the heads put a special pole with sutras written on the tissues, in the limbs – a stone obelisk. When people come from funerals, they have to wash their hands with vinegar and water. Buddhists are not available poliphonic the Wake. They comply with all the tradition of funeral rite.

It should be known that in Judaism human life is a very high price. Life is sacred, so it cannot be interrupted. It is forbidden to do euthanasia even in cases where a person is terminally ill. When a Jew died, then next to it should remain close friends. A deathbed confession is held, which is called “viduy”. Any Jew should do it.

The deceased need to do ablution and put it in a shroud, which is made with his own hands. Jews have the right to bury the dead in coffins, as religion does not prohibit this. They the Jews made of wood and have no decorations. They are not used even for high-ranking officials.

In the coffin will need to remove the lower Board to the deceased was closer to the ground. In some places burial is carried out without a coffin. After the funeral, when a person is hidden underground, relatives need to break things near the heart. It symbolizes that emotions of loss and grief come out. Traditions in Judaism do not allow us to look at a dead person. In their understanding of victim needs to remain in the memory of the living, not the dead.

Funeral rites – is an integral part of the funeral of all peoples of the world. The process itself is an occasion to unite. Preparing for burial will help to reconsider your own views, as well as appreciate life. When leaving a loved one – it is always difficult, but you need to accept it and move on.