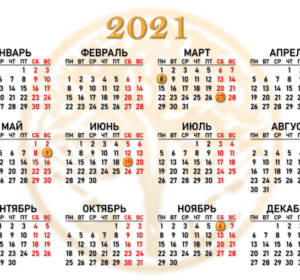 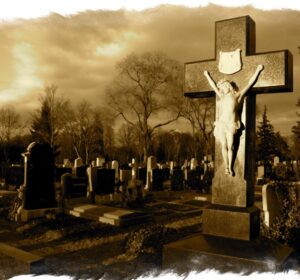 Signs in the cemetery 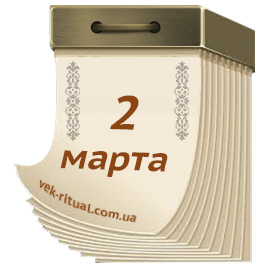 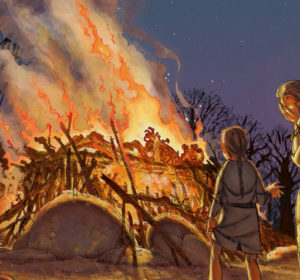 Funeral rites of the peoples of the world: traditions
The burial rite has specific features in each religion. They can be perceived differently by people around the world. Everyone knows that sooner or later death overtakes every person.
The mourning of funeral days
*The first day is the day of death
October 22, 2020

Ritual rites in different countries of the world

Ritual rites in various religions, although they have one essence: the repose of the soul of the deceased and its preparation for the last journey, but they are performed using different procedures and ceremonies.

The funeral in the Orthodox Church

Orthodoxy is the most widespread religion in Ukraine. Most people practice it on the territory of the country. What rules do believers follow when conducting funeral rites?

The first thing to do is to perform ablution, so that the soul will appear before God unblemished and immaculate. Then comes the vestment in clean clothes, the position in coffin, in the crossed hands should be a portrait of the Saint or a cross. After this, the event is celebrated in the Church and ends with a funeral litany – a service shorter than the memorial service. Only then is the burial performed. The priest sprinkles the shroud with earth, the gravediggers close the lid, and the priest pours oil on the coffin and throws wheat grains with ashes. Then everyone present throws a handful of earth. All this symbolizes the resurrection, as the grain sprouts in the soil, and the person is reborn again. At the last stage, erect cross in confession of faith in the Lord. 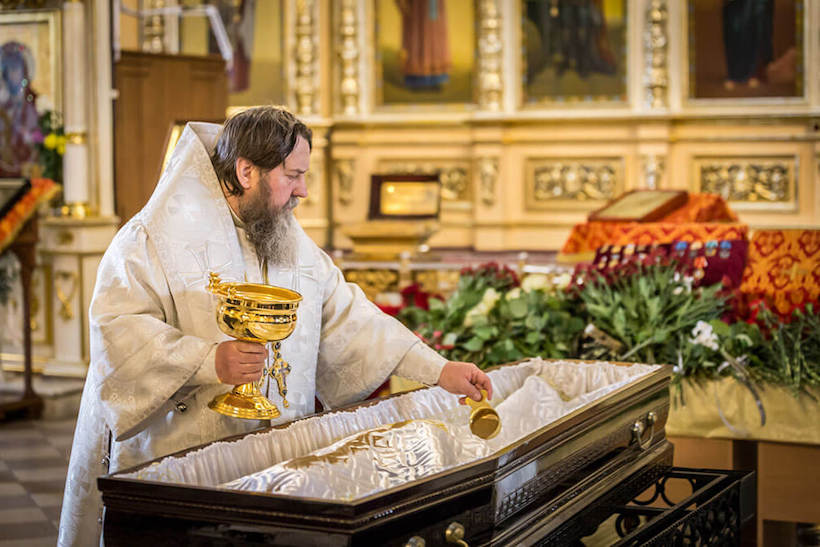 Catholic funerals are different from Orthodox funerals. A ritual ceremony is conducted under the solemn music among the people, dressed in dark clothes. The body of the deceased must also be in black, without jewelry, you can only leave the wedding ring.
To organize a memorial service, masters of ceremonies are invited, usually friends or relatives of the deceased. After the Liturgy, six or eight people who are not related by blood to the deceased carry the awards of the deceased, if there were any, and the lid of the coffin, then close it and put it on a pedestal. Usually, the tomb is decorated with flowers or a lace blanket if the deceased was a woman, and in the event of the death of a serviceman, it is covered with the national flag.
For those who want to spend the funeral more calmly, it is allowed not to go to the temple, but to stay at home, then only close friends and relatives are invited, who after saying goodbye go to the cemetery. 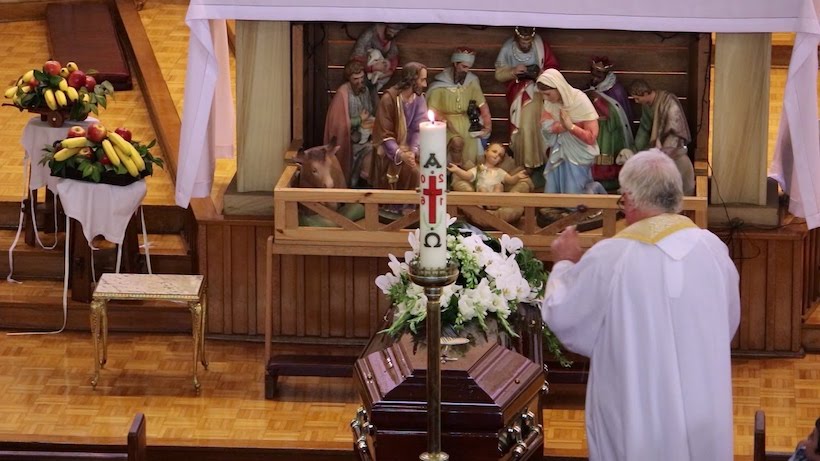 Muslims prepare for death while they are still alive, so funeral rituals are performed before the person leaves to let them go with a light heart. To do this, invite an Imam who reads prayers. After the deceased is prepared for a meeting with Allah. Men wash men, women wash women. All parts of the body are washed alternately, with special care. Then the barefooted people, dressed in a simple shirt, are wrapped in white cloths.
Funerals must be performed in the cemetery, cremation is prohibited, it is equated with Gorenje in hell. Since Muslims are buried without coffins, they reinforce the grave with burnt bricks so that animals do not dig it up.
First, the deceased is brought on a special stretcher with a lid to the grave, where the Imam reads the janaza, without it, the funeral is considered invalid, and only then the body is immersed in a pit and covered with earth. At this point, the funeral is considered complete. 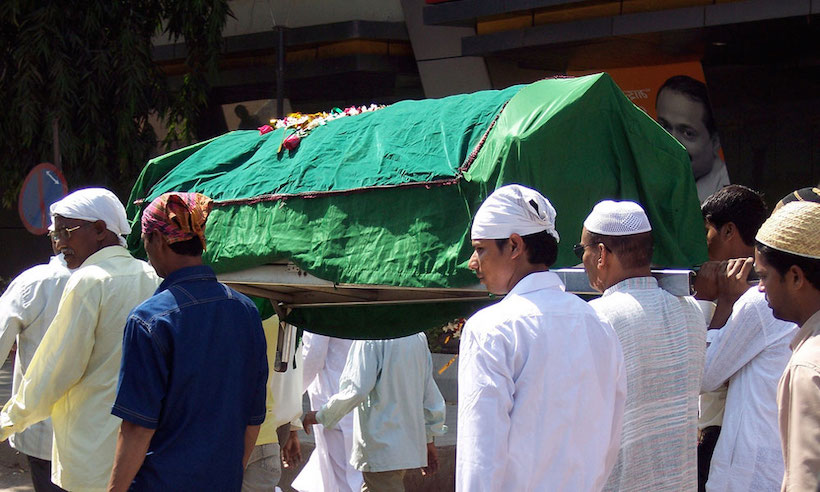 In Judaism, death is perceived not as a misfortune, but as an inevitability, so caring for the feelings of loved ones is put in the foreground in order to ease their suffering.
They bury Jews on the day of their death, not counting weekends. Cremation, embalming, and cosmetic procedures are prohibited, since burial must follow the rules of asceticism, and everyone is equal in the face of death.
Like Muslims, Jews bury their loved ones without coffins, wrapping the body in a white shroud and covering it with a veil.
A Rabbi is invited to the funeral, who reads the Psalms of David or gives a speech about the deceased, after which the body is lowered into the pit. Outside conversations are forbidden, this is considered rude behavior. As a sign of respect, close relatives tear their clothes, and those who meet the funeral ceremony see it off for a while before separating.
After the funeral is over, people line up in two rows opposite each other and let relatives pass, saying words of condolence. Then they wash their hands and, without wiping them, disperse. 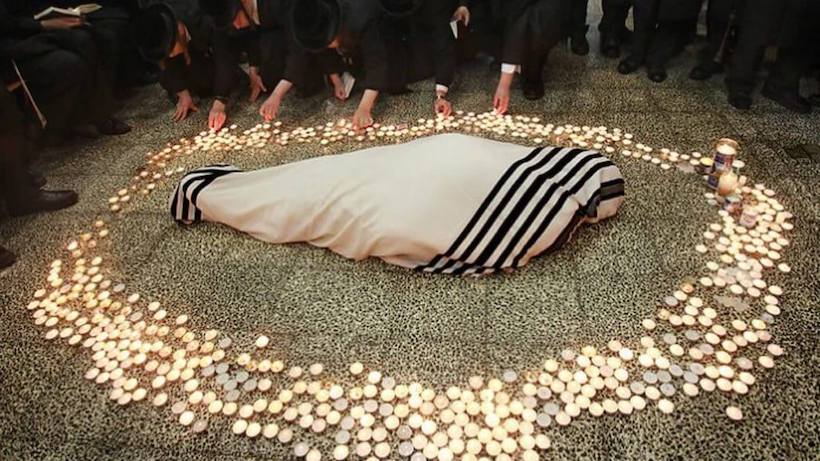